A review of valerie zenattis memoir when i was a soldier

A rock thuds against the reinforced glass and then more follow. Sometimes all you can see in her eyes is anger and contempt, or--worse than that--she's lying and her eyes are dressed up in this immeasurable innocence, all blue and transparent, as she talks to one of her teachers, or to a boy. 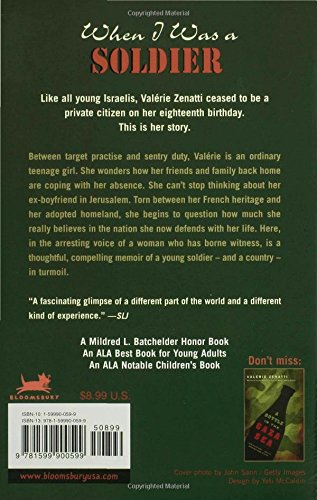 I'd be honored if you wrote your own opinion of the book in the comments. Offering a glimpse into the life of a typical Israeli teen, even as it lays bare the relentless nature of war, Valerie's story is one young readers will have a hard time forgetting.

The memoir was written in first person present tense "I go" instead of "I went"but this didn't bother me and I usually didn't even notice.

They were both born in what was once the USSR. She is in many ways an ordinary girl with recognisable concerns and a modern, western lifestyle.

These are all common concerns for teens, no matter where they are from or what language they speak. There was a problem adding your email address. She mainly focused on the first year of her two years of military service. We've been sitting next to each other systematically for four years, and we phone each other on average eight times a day. Most of this section described her basic training which occurred on an all-girls base. Source: Won from Color Online. There's a problem with this paper.

Most helpful essay resource ever! Recommended for its different perspective on life in contemporary Israel. 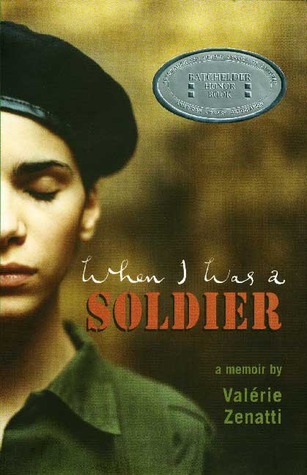 What hooks you? Nothing has prepared her for the strict routines, grueling marches, poor food, lack of sleep and privacy, or crushing of initiative that she now faces.